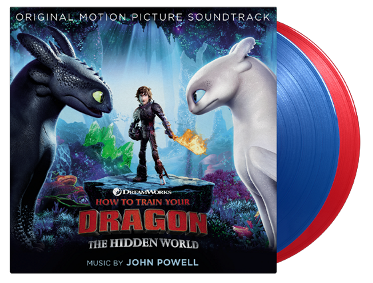 How To Train Your Dragon 3: The Hidden World is the 2019 American computer- animated action fantasy film based on the eponymous book series by Cressida Cowell. It’s the third and final chapter of the trilogy. The story is written and directed by Dean DeBlois  and  stars the voices of Jay Baruchel, America Ferrera, Cate Blanchett, Craig Ferguson and F. Murray Abraham. The plot follows Hiccup who discovers Toothless isn’t the only Night Fury and how he must seek ‘The Hidden World’, a secret Dragon Utopia, before a hired tyrant named Grimmel finds it first.

The trilogy received acclaim from critics for its animation, voice acting and musical score. This third installment grossed over 525 million dollar worldwide, becoming the fifth highest grossing animated film of 2019. It was even nominated for Best Animated Feature at the 92nd Academy Awards.

The score was conducted by John Powell, who is best known for his work on Happy Feet (2006), Ferdinand and Solo: A Star Wars Story. He was nominated for an Academy Award for How to Train Your Dragon (2010). Powell has worked closely with Hans Zimmer and was a member of his music studio.

How To Train Your Dragon 3: The Hidden World features the track “Together from Afar” by Jónsi (Sigur Rós) and the bonus track “The Hidden World”. This

2LP is housed in a gatefold sleeve and is available as a limited edition of 500 individually numbered copies on solid blue (LP 1) and solid red (LP 2) coloured vinyl. The package contains a 4-page booklet and an exclusive postcard. 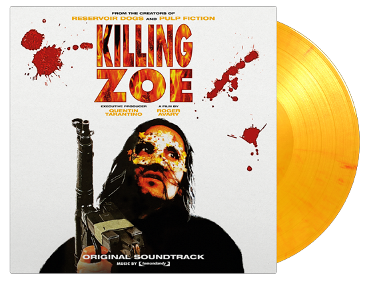