(Due back in stock by 16th November)

James are proud to announce the release of their new album All The Colours Of You.  Their 16th studio album will be released on 4th June with the title track available today (1st March) across all DSPs.  All The Colours Of You follows the release of LIVE In Extraordinary Times, a live recorded version of their last studio album Living In Extraordinary Times, which peaked at #1 in the midweeks.

The album will be their first on a new record label, Virgin Music Label & Artists Services (formerly known as Caroline International), and at their new publishing home Kobalt Music, both of which they recently signed to, reinforcing the endless and restless ambition they have as they approach their fourth decade as a band.

Recorded in part before the Covid pandemic struck, the album was produced by the Grammy award-winning Jacknife Lee (Taylor Swift, U2, REM’s, Snow Patrol, The Killers). On production duties with James for the first time, he bought a fresh approach to their sound, working remotely from his studio, reimagining their early demos, and capturing the band in all their virtual glory.

The result is a record with the most arena ready tracks of their 38-year career, the sound of one of Britain’s best bands, deconstructed and reassembled by one of the world’s most renowned producers. 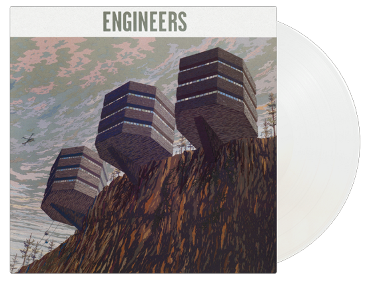 £27.95
The album has been Half-Speed Remastered and cut to lacquers at 33RPM, across 2x heavyweight black vinyl LPs, to deliver maximum dynamic range in the ...
View details
ADD TO BAG

£26.95
The Versions is a 10-track album featuring Neneh Cherry reworks from artists that have a personal connection to the artist and her music. Sia expresse...
View details
ADD TO BAG

£27.95
Once Twice Melody, the first album produced entirely by Beach House, was recorded at Pachyderm studio in Cannon Falls, MN, United Studio in Los Angele...
View details
X
This website uses cookies to ensure that you get the best experience on our website. Read our privacy policy.
I accept